Right now arcade games are the most popular in the world. They’ve managed to rank on the top because of their simple gameplay, short play times, challenging stages or missions and many other aspects. Few arcade games like angry birds, fruit ninja are very addictive in mobile gaming. The fun and enjoyable experience which players get while playing will keep them going in the game. So are you looking for some cool arcade games? Then you are at right place. We’ve gathered Top 10 Best Android Arcade Games 2021 edition to play because the number of arcade games is in millions and this makes it difficult to find the best game for you. Let’s get started.

Asphalt is one of the best arcade car racing game with decent graphics. The game features stunning gameplay and lot of stages, a variety of tracks, the huge collection of cars and much more. Asphalt 8 is recommended for every arcade gamer out there.

Badland is a beautifully constructed game with a lot of fun packed inside. You play as a forest dweller in the game; your task is to progress in the game to stay alive. Easy to play, hard to master.

CSR Racing is popular drag racing game in google play store. The game is free to download and play, but you may have to make purchases unlock new cars and upgrades. Lots of detailing and impressive graphics you’ll find in this game.

Geometry Wars 3 is one of my favorite arcade games and the most iconic game in google play store. The game comes with an affordable price tag of 9.99$ but trusts me; the game is fun and enjoyable with impressive visuals. 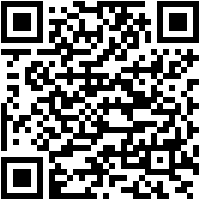 If you are a basketball lover then NBA Jam is the best game for you. You can also play the online with your friends or anyone else, the rules of the game aren’t high. So you can do things like stealing the ball etc. But you have to pay 4.99$ to get this game. You’ll have a good time playing this game.

PewPew 2 comes with a sweet price tag of 2.57$ in google play store. PewPew 2 is a retro-style shooter game with lots of fun packed. The game features minimal graphics with enjoyable gameplay. The game looks lit similar to geometry wars but still its fun to play. Sky Force is an old style top to bottom shooter game, the graphics are not like the old ones. The game mechanical very simple to play, but the game becomes as you progress. You’ll have missions like picking survivors, mini missions and much more. The game looks great on big screen devices.

Smash Hit is an infinite runner game, unlike other endless runner games. Your job in the game is to aim and throw balls to break the glass panes which comes in your way. Also, you need to some strategies to stay alive because the number of total balls you get in the game will be double of your life.

SoulCalibuer is another fantastic arcade style fighting game where you have to toe to toe with your opponents. The game becomes tougher once you complete few missions. The on-screen controls are easy to control the character in the game. You’ll have a pay a little high amount, i.e., 13.99$ to get this game on your device.

TrueSkate is one of the best and popular skateboarding game in google play store. You’ll have to control the skateboard and perform tricks, stunts all just by using your fingers. The game features a lot of intangible objects which adds charm to this excellent game. So, guys above were the some of best games from Top 10 Best Android Arcade Games 2017 edition list. I hope you will enjoy playing these arcade games on your android device. If you know some other arcade game then comment it below we will add it to above list. Don’t forget to share this post with your friends !

More from this Author

Kulwinder Singh is the founder of Tech Uncle and a part time blogger from Punjab,India. He is a tech geek who loves to write article on technology. He is currently doing B.Tech in CSE. Apart from blogging he love to do programming and study about processors.